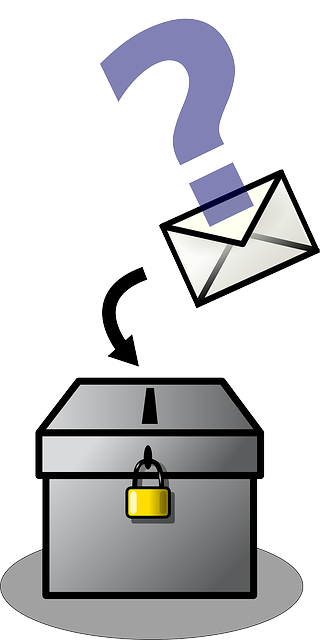 There are a variety of things to take into account when you’re at the ballot box, but for those in self-employment it would be wise to take into account political parties’ stances on contractors, freelancers and consultants. Our current Government have done a number of things to benefit the self-employed, including amending the tax system and appointing the first ever self-employed ambassador, David Morris. Many would argue that their support has not gone far enough, and here we outline what each party stance is on the pertinent issues in our sector.

Most parties have committed to helping ensure the self-employed are paid on time. The Green Party wants to put legislation in place to guarantee this, and the Conservative Party and the Liberal Democrats both want to strengthen the Prompt Payment Code. Also, the Labour Party and the Conservative Party both want to name and shame late payers, and UKIP want to introduce HMRC fines for late payers.

In the 2015 Budget the Conservative Party revealed their plans to remove Class 2 NIC, a tax on the self-employed. The Labour Party and the Liberal Democrats have both stated that they do not plan to raise NICs.

The Labour Party have said that they would reintroduce the 50p rate of income tax, a return to the top rate of tax under their previous government, which was swiftly cut to 45% by the Conservative Party on their election in 2010. The Conservatives have detailed their plan to raise the threshold at which higher rate tax is paid to £50,000. The Liberal Democrats have stated that they will not increase the rates of income tax, and UKIP have said that they back the merging of income tax and national insurance. Similarly with corporation tax, the SNP has abandoned their commitment to lower income taxes in Scotland.

In the Budget, the Government announced their plans to bring the annual tax return into the digital era by 2020, with the scrapping of the current system, replacing it with an individual digital account. It is anticipated that details that HMRC have record of, such as pension payments and salary records, will be pre-populated, with a ‘top-up’ of data by individuals and their advisors.

The Conservative Party, the Labour Party and the Liberal Democrats have all stated that they are committed to not increasing the VAT rate. Critics of the current government will recall the same commitment from the party before the 2010 election before the rate indeed rose. This has moved the Conservative Party to state that they will enshrine into law no rises in VAT, as well as freezing income tax and national insurance rates.

The future of IR35, the test of disguised employment, is uncertain. The measure has been broadly unpopular and equally unsuccessful. The Conservative Party have no commitment to IR35, but they are unlikely to abolish it because they elected against it in 2011. The Labour Party and The Liberal Democrats have no commitment to IR35 either. The Green Party have said that they plan to establish registers of ‘genuinely self-employed workers’, and that they want to establish new Labour courts that will be responsible for interpreting the legal definition of ‘employee’ – perhaps these plans will help solve the problem of IR35.

All areas of the UK present opportunities for contractors, and a strong transport network is needed to support this. A commitment to improving the rail, road and air infrastructure will not only improve this, but will also provide employment in great numbers. The Conservative Party support HS2, Thameslink, Crossrail and the Northern Hub, whilst the SNP plan to electrify the rail network in Central Scotland. The Labour Party will ensure that rail fare increases are more heavily regulated. They wish to review the costs of HS2 and also potentially curb the implementation of the route north of Manchester. The Liberal Democrats do back the HS2 rail project – however they oppose Heathrow airport expansion. UKIP plan to get rid of toll roads, and they want to scrap the HS2 rail project altogether, which the Green Party also pledges to do if they get elected.

The Government are currently consulting on the ability of the contractors operating through limited companies to claim for travel and subsistence expenses whilst working in a temporary workplace, and we may see changes to the rules in this area.

Fast and reliable internet access is vital to the life of a contractor. The Conservative Party plan to increase access to broadband, introduce free Wi-Fi on trains, and better mobile coverage using mast sharing, and the Labour Party plan to spend £75 million on improving access in rural areas. The Liberal Democrats pledge to complete the roll-out of high-speed broadband to over 99% of the UK, and the SNP will expand high speed broadband across Scotland.

The Conservative Party are considering a new pension scheme for the self-employed, whilst the Liberal Democrats have said that they will establish a review to consider the case for introducing single rate of tax relief for pensions.

The vote is in your hands; and we hope that the party or coalition elected fully supports the self-employed. A new government will bring changes in the tax and new requirements, but with ICS you will be supported to ensure that you remain compliant and continue to prosper.

If you have any questions about how the changes could affect you, or how the environment of contracting, freelancing and consulting could change, please contact our Corporate Account Manager, Sam Price.

Article written by Miranda Blake, BSc Hons and Sam Price, ACA IIT(DIP) MAAT from ICS. Sam is a Chartered Accountant and tax adviser who specialises in helping our contractors prosper. He achieves this through a proactive and bespoke approach to each client. He has worked across tax, accounts and audit departments in accountancy practices and in industry.