Having spent all my life in the South for almost two decades, when I first came to the North 4 and half years ago I instantly noticed that there were some differences between the North and South. From the difference in the way words like ‘bath’ and ‘laugh’ are said, to all the different names to bread, to putting gravy on chips rather than ketchup. These weren’t the only differences I noticed though; I also noticed the English North-South divide. The North-South divide was at one point believed to be a myth – however the MP for Lancaster and Fleetwood, Eric Ollerenshaw, believes that there is indisputably a North-South divide and has published a report into it. We have taken a look at the report, and found these to be the key matters discussed:

Ollerenshaw believes that the North-South divide grew over the time the Labour Government was in power. There has been an increasing relative regional disproportion in terms of economic growth and wealth over the past decade, and also a disproportion in terms of health (health inequalities seem to be linked at least in part to wealth). Although these disproportions are mainly in the North, Ollerenshaw believes the disproportions to be a problem for all of the UK. The gap between the North and the South creates a feeling of unfairness and disunity, and also causes the North to be a source of untapped economic potential. Ollerenshaw says that we must not depend on just one region/very few sectors to drive our economy; 2008’s recession demonstrated the need for a rebalanced economy. For future stability, we need to diversify UK plc and do more to spread growth more evenly around the country.

What Has Been Done

Our current coalition Government supports the need to address the North-South divide:

• They have made it very clear that they want to rebalance the economy so all regions have a fair share of economic growth
• They have acknowledged that there has been an historical imbalance between economic growth in London and the South compared to other regions
• They believe that the imbalance is bad for the UK as a whole
• They have demonstrated that they are prepared to invest in new infrastructure in the North e.g. a major outlay on High Speed 2, and have also removed cumbersome and bureaucratic regional structures
• They have begun to provide local communities with the tools needed to narrow the North-South divide, and they are also encouraging the communities to innovate

What Needs To Be Done

• Grow the private sector as this is the key to closing the North-South divide in a long-term, sustainable way
• Lure private sector companies to the North – this would need a continued Government commitment to further infrastructure improvements in the North, which has to be matched by additional innovation and responsibility from Northern councils, universities, Enterprise Partnerships and businesses by using the planning, educational, training and local finance investment reforms
• A new approach to encouraging greater economic growth and prosperity – some of this will require central Government investment and policy direction
• The North’s local institutions and leaders will need to decide the best way to unlock their resources and to develop in the manner best suited for their residents and businesses – this approach will need to break away from the top-down solutions previously used and instead use bottom-up localism
• The Conservative Party will need to continue to change the way it presents itself and campaigns in Northern constituencies

The narrowing of the North-South divide has been opposed by some that believe that there should be an uninterrupted focus on producing growth across the UK, and that any attempt to favour particular sectors/regions will delay the UK’s growth prospects as a whole.

Good Things about the North – It’s Not All Grim up North!

Ollerenshaw highlights many of the great things about the North, including:

• Desirable for education, business and living e.g. a quarter of the top dozen UK universities are in the North, as are industry leading firms such as Heinz and BAE Systems
• Home to some of the UK’s most beautiful countryside, which provides a vibrant tourist industry
• Growing creative industries due to the recent location of the new Media City in Salford
• Hosting of major sport events (e.g. the world’s largest annual half marathon the Great North Run) and world class sports team such as Manchester United FC
• Very historic e.g. the Roman settlements of York
• Modern, world-renowned landmarks e.g. Blackpool Tower and the Angel of the North
• Innovative music e.g. The Beatles and Oasis
• Famous foods e.g. Yorkshire Puddings and Eccles cakes – can you imagine life without Yorkshire Puddings? Sunday Roasts would be ruined… 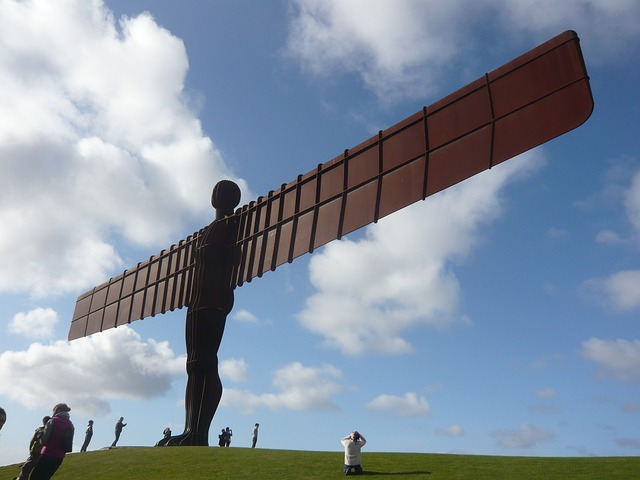 These are only some of the great things – there are many more, so Ollerenshaw argues that we must not fall into the trap of talking the North down as it would be counterproductive. Although the exponential growth of London has been the main reason for the divide between the North and South, it would also be counterproductive for the UK to harm London’s role as the leading financial services centre in the world. London’s position as the UK’s capital city and one of the superior cities of the world means that the North-South divide will never be completely closed. However Ollerenshaw says the North-South divide can be narrowed – it will just take time to achieve, and policy and determination will need to be put into action.

What do you think of the North-South divide? Do you think the government could be taking more action to try close it? Are you affected by it in any way i.e. you find to earn a decent salary you have to commute to the South? Unfortunately the North-South divide will not be something that is narrowed quickly, but luckily for those contractors who have to commute you can claim back on your expenses such as travel. Here at ICS we are currently running an Expenses Project – to talk about what expenses you could claim back on please contact ICS by chatting to us online or call us on 0800 195 3750.

Miranda Blake is Marketing Assistant at ICS. She is originally from the South and moved to Lancaster in 2010 to study a 4-year BSc degree in Marketing Management at Lancaster University. She graduated with upper second-class honours in 2014 and joined ICS in early 2015.