In our fast-paced, technologically-controlled world, the advancement of computers has made a staggering leap in the past decade or so. From carrying around brick-like Nokia mobiles for making phone calls only, to slipping thin, touch screen phones, iPods and even computers into our pockets, we’ve been blessed to live in the midst of the computer era.

The ongoing debate, however, comes in the form of “just how much is too much“? How far will technology progress before our jobs are entirely taken over by the machines? Though this particular question is still up in the air, is the development of creatively-thinking computers really a risk to the careers of our very own creative freelancers? 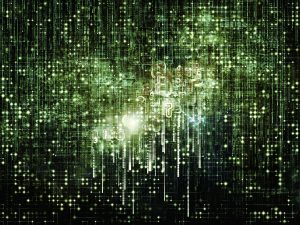 Will Creative Freelancers Compete with Computers?

Throughout the development of technology, we’ve always considered computers to be geared towards the left side of the human brain; the side that deals with logic, numbers and science. The one aspect of human life we believed computers could not touch is our creativity. It seems, however, that those of us in creative job roles could well find ourselves competing against the computers of the world.

How do we know this competition for creative jobs will ultimately take place? According to The Record, we have mathematician Ada Lovelace’s Test for Creative Intelligence to thank. Unlike Alan Turing’s test for intelligence, in which a computer attempts to deceive a person into believing they’re speaking with a human, Lovelace’s test pushes the technological boundary to see if a computer can come up with a totally spontaneous and un-programmed idea.

The results are genuinely startling! 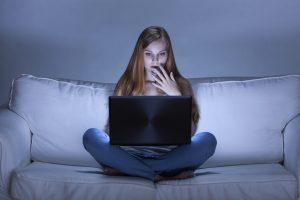 They may still be in their developmental stages, but creative computers have already been established around the world. Deep-thinking computers such as Chef Watson, a computer system that can analyse individual ingredients and create new and interesting recipes, are slowly integrating themselves into our everyday life.

You may have heard of the global phenomenon “Deep Dream”, a Google programme that attempts to ‘paint’ an image by using a collage of recognisable images.  While the general public considered this to be a fun and entertaining programme to play with, what we were actually seeing was one of the first examples of a truly creative computer.

As an example of Deep Dream, below we have Google ‘painting’ clouds. The visual has been created from images that Google recognises as cloud-like in shape. It doesn’t look too bad to us! 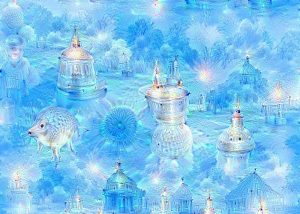 What Does the Future Hold for Creative Contractors?

While technology is a long way from being the next Shakespeare or Pablo Picasso, we can’t be certain how long it will take until this is the case, or if it ever will reach such a stage. Though computers may be slowly taking over the world, they’re still no match for human creativity at present.

Right here and now, creative freelancers the world over are working hard to create innovative designs, models and ideas that computers simply don’t have the technology to fathom. In this way, at least for the foreseeable future, creative contractors have no need to worry about competing against their technological counter-parts. And as long as creative contractors are conjuring up amazing, creative solutions, there will always be contractor accountants around to support them with their businesses. 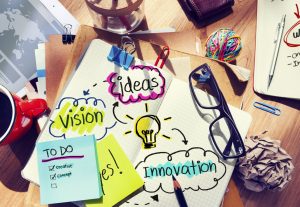 If you’re looking for such quality accountancy or reliable contractor support, then don’t leave it to the computers, but instead contact us on 0800 195 3750 today or follow and like our Facebook, Twitter, Google+ and LinkedIn pages for the latest news and updates! We’ll be more than happy to help you.