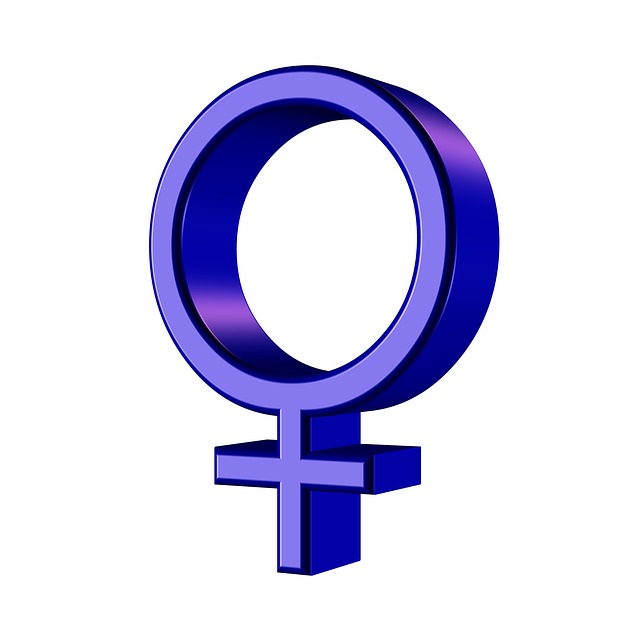 On Sunday it’s International Women’s Day (IWD). IWD is the global day to celebrate the economic, political and social achievements of women past, present and future. IWD has a deep history, spanning just over a century. We take a look at how IWD came about, whether there is actually equality for women, empowering women, and also find out our New Business Manager’s (Zoe Irvine) thoughts on IWD.

Why Did IWD Come About?

IWD originally came about in 1910. Following 1909’s first National Woman’s Day in the US, Clara Zetkin (at the time Germany’s Leader of the ‘Women’s Office’ for the Social Democratic Party) suggested an ‘International Women’s Day’. The purpose of this day would be to allow for women to be celebrated and their demands pushed for every year in every single country. IWD was then born, and was first honoured on 19th March 1911 in Austria, Denmark, Germany and Switzerland. There were IWD rallies that campaigned for the end of discrimination, women’s rights to work, vote, be trained, and hold public office. Russian women had their first International Women’s Day on the last Sunday of February 1913, and following discussions in 1913 IWD was moved to 8th March – this date is still the global IWD date today.

IWD grows stronger every year. The United Nations have been holding an annual IWD conference for many years now – the conference is to manage the international efforts for women’s rights and participation in social, political and economic processes. Large-scale events are held around the world to both honour women’s advancement and remind people that continued vigilance and action is needed to obtain and maintain equality for women. 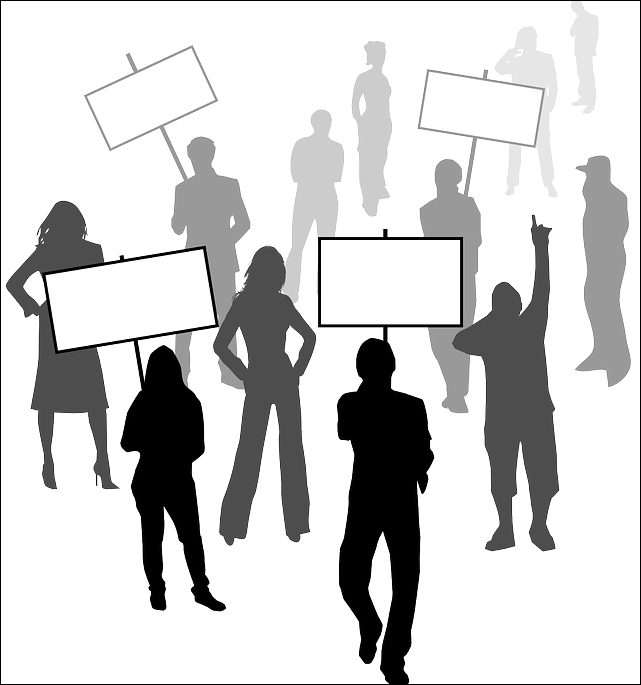 Is There Actually Equality for Women?

It is thought by some that true equality has already been obtained by women due to more women being in the boardroom, greater equality in legislative rights, and the increase in women’s visibility as impressive role models. Unfortunately there are many inequalities that still exist for women, for instance they are not paid equally, they’re not in equal numbers to men in business/politics, and they’re still being judged by a double standard (e.g. their achievements are just slightly less valued). There have been many improvements though, such as there being female prime ministers, women having the option to go to university, and the choice to both work and have a family.

Previously the very idea of these issues improving was unheard of. Not so long ago it was thought that women obviously lacked the intellectual adequacy and emotional fortitude to make the tough decisions required for leadership – this was simply “just the way women were made”. However, it has been shown that women can lead -they just lead in a different way. Women are more likely to be collaborative, inclusive and team-oriented – and these are not bad qualities in business, they actually tend to be effective, especially in today’s less-hierarchical, fast-paced, innovation-driven world. Women were previously expected to think and act like men to succeed, but now women’s differences are increasingly being understood as a source of strength, instead of a weakness that needs to be overcome. 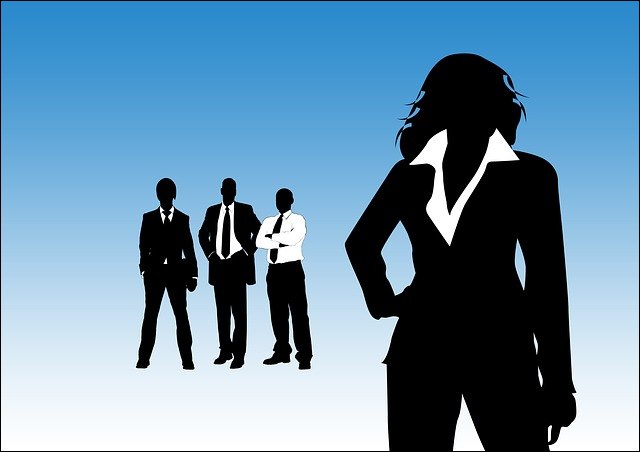 There has been a mass amount of ever-growing research that proves that empowering women makes things better, for example: businesses are more profitable, communities are healthier, and there’s more peace, stability and sustainability. The amount of money women have is increasing – when women have more money they spend it differently to men and the entire community prospers because of it. They do things like feeding their families healthier diets, investing in better schools and education, and starting businesses and hiring other women. Investing in women has now become a strategic imperative for businesses.

Former White House press secretary Dee Dee Myers believes that women are driving global economic growth. She believes that when women are empowered it improves the quality of life for everyone. Although there are still improvements to be made in terms of equality for women, things are definitely better than they were before. Statistics show that there are more women in business and an increase in women contracting. Many contractors do not have the time to do the accountancy and administration tasks that come with contracting – here at ICS we provide a Limited Company service and umbrella employment solution to help those contractors. Please feel free chat to us online or call us on 0800 195 3750.

“It doesn’t matter if you’re male or female. Believe in yourself, then you will succeed.” 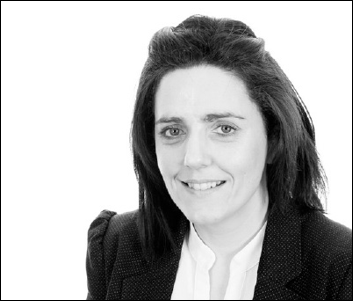 Zoe Irvine, our New Business Manager, is celebrating one year at ICS. We interviewed her to find out her opinions on equality for women, the challenges as a woman she has faced in her career, and also how the last year has gone at ICS:

Over the course of your career, have you seen equality for women improve?

Definitely. There are many females out there in highly respected positions e.g. Marissa Mayer Yahoo’s CEO, who aren’t afraid to embrace the challenge of taking on male dominated roles and proving they are as good or in fact better in the role. Previously there was an assumption that women would go away and have a family so companies should take that into consideration before hiring them. I myself had an interview where I was asked if I had a family, and when I said I had 2 children the response was that they didn’t want it to “affect my work”. I did end up working for that company and became very successful there – I only ever had 2 periods of absence whilst I was there and neither were related to my children. That was over 8 years ago that particular question was asked at an interview – today no one would be able to get away with asking it. The stigmatism that you can’t work and have children appears to no longer exist, as women are out there proving that you can do it all.

Have you faced any challenges as a woman in your career?

I have definitely faced challenges as a woman in my career, but more so at the beginning of my career as opposed to recently. I think women are now more accepted. I still think you have to prove yourself a lot more than our male counterparts. Unfortunately there is still a ‘little woman’ mentality out there, but we don’t come across it that often anymore.

Do you think qualities women tend to have (e.g. collaborative, team-oriented, inclusive) make a better leader?

I think whether you’re capable of managing a team does not depend on your gender – it is an individual’s skillset which determines their effectiveness. I think women generally do have larger skillsets because they tend to multi-task a lot more, especially if they have got commitments outside of work. I think the best leadership model is where you are not dictating to your employees, but you are coaching them, encouraging the best from them. The coaching management style has proven to be a really effective management style for me.

Do you think women hold themselves back in any way (e.g. don’t know their own value, don’t ask for promotions/salary increases)? How could this be improved?

I don’t think it is gender specific – anyone can hold themselves back. Unfortunately as more emphasis is steered towards image within the media, it can cause issues for the more vulnerable people. These image concerns can then cause them to hold themselves back because they aren’t very confident in themselves and don’t know their own value. As a parent, I think we need to empower our children to believe in themselves and give them assurance, so that they believe that with hard work and dedication they can achieve their goals in life.

Why do you think there has been an increase in women contracting?

As a woman with a family, I prefer a little bit of security so if you had asked me 10 years ago if I wanted to become a contractor, I would have avoided the then uncertainty. However due to improvements in the communication of the benefits to contracting, more women are now choosing to go down this route and reap the rewards from contracting. The contracting life offers a lot of flexibility, and really it is as secure as you make it.

How do you think the last year at ICS has gone?

In all honesty this past year has been challenging, but it has also been the most rewarding year – working with a great team, improving services and more than doubling sales. However we are not prepared to stop there – there is always room for improvement after all. We want to provide information and support to the Consultants that we work with, allowing them to identify the benefits for their contractors whilst allowing them the freedom of choice as to how they are paid. We are also aiming to triple sales in the coming year, and aim to be accepted onto more PSLs within the UK Recruitment Industry.