The long-awaited Windows 10 operating system was finally released to the public on 29th July, and over the course of the last 6 weeks over 75 million people have downloaded it. There has certainly been a lot of hype leading up its release, but what exactly are the benefits of downloading Windows 10?

The Return of the Start Menu 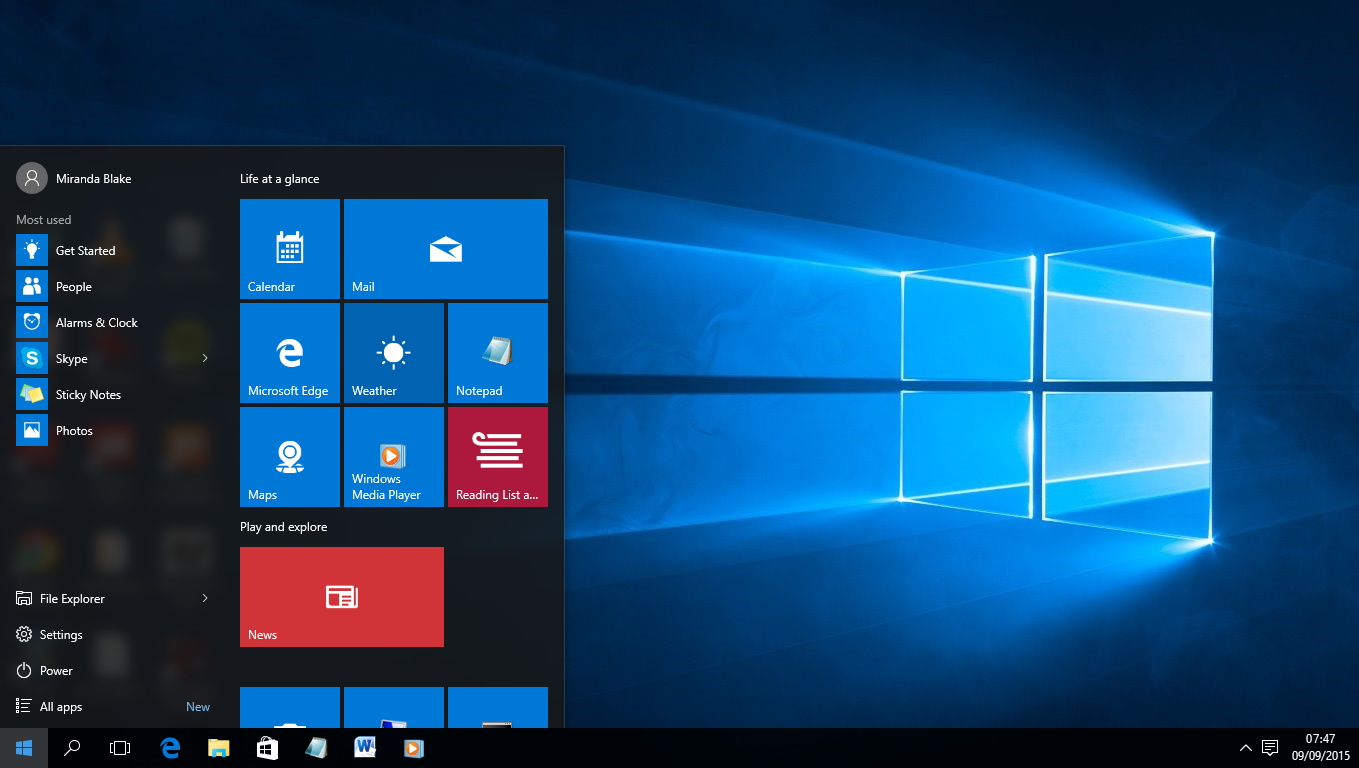 Windows 8 brought with it a faster start-up time, and Windows 10 is even quicker with the start-up time, as well as quicker times for going in and out of standby mode, opening of programmes and browsing files.

Cortana, the intelligent personal assistant used on the Windows Phone, is now also a feature on Windows 10. Cortana can be used as a search tool for both searching for things on your PC and the web, and it can also be used to manage your calendar, track packages, talk with you and tell jokes to you.

Windows 10’s action centre doesn’t just notify you of security issues, it also notifies you of Windows updates (which are now received much faster than before), new emails, and app updates, becoming a central notification area for users.

A lot of us have the habit of having multiple tabs and programs open on our desktop, leading to disorganisation and confusion. However Windows 10 has brought us multiple desktops, which are easy to switch between and give you more space to organise everything you have open. You no longer have to have your home data opened with your work data; you can separate your work and home life with multiple desktops.

Some had an issue with Windows 8 because its design suited tablets better, but Windows 10 has both a desktop mode and tablet mode, meaning users can choose which mode they prefer and easily switch between them. The apps are also universal, and look and feel the same on all Windows 10 devices, meaning user experiences and functionality between different devices is consistent.

Consistent user experience is a key part of Windows 10, as it means users get the same experience whichever device they use, wherever they are. This is especially good for IT contractors, who often have to travel as part of their contracts – they can use this travelling time to do some work, and with Windows 10 they can use whichever device they choose in the same way, with all these new features that make everything more easily accessible and organised.