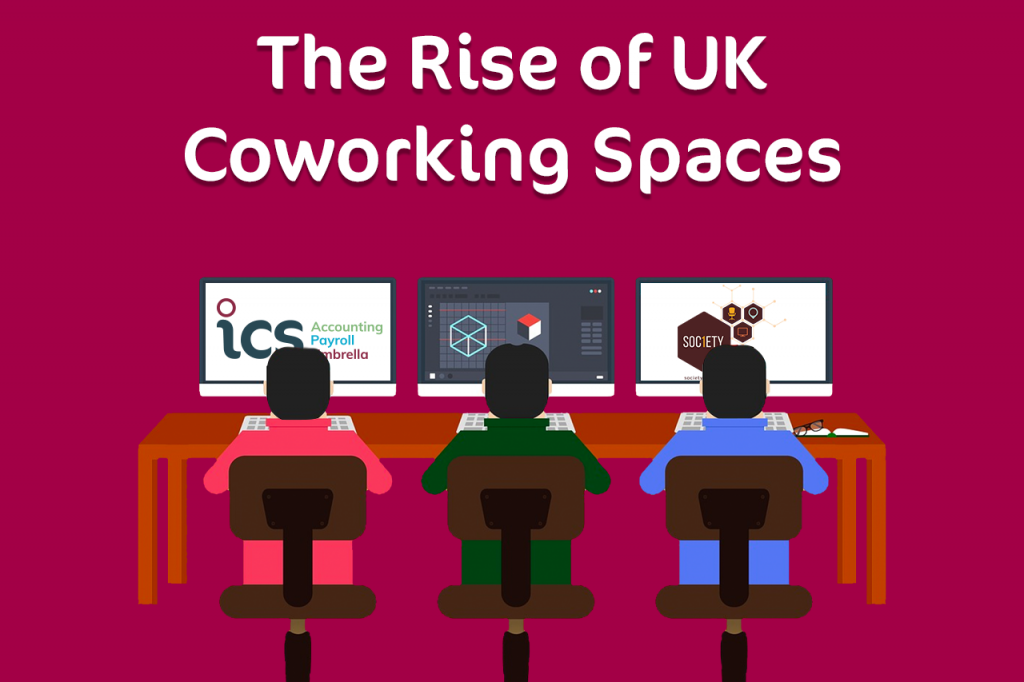 There’s a buzz around coworking spaces at the moment. They’re springing up all over and being touted as the offices of the future for independent workers and companies alike, but why?

Coworking isn’t a new phenomenon but the development of coworking spaces as we know them today only truly began in 2005. Before 2005, there were shared offices where teams co-existed but didn’t collaborate, so Brad Neuberg had an idea, born out of his experience working in start-ups. He aimed to provide a space for freelancers to work in, share ideas and create a community.

Since 2005, the explosion in the popularity of coworking spaces means they can be found in every major city around the world and in cities across the UK. Between October 2017 and October 2018, the number of flexible office centres in the UK tracked by Instant rose to 5,320! It’s not just the office spaces you’d expect either, hotels and bars have been getting in on the trend by opening their unused lobbies and restaurants as coworking spaces during the day.

The Benefits of Coworking Spaces

• Collaboration: The main draw and purpose of coworking spaces is to encourage collaboration between the independent workers operating there. A major benefit is the ability to draw on each other’s skills and, as you aren’t working for the same company, you can lose the work persona and be honest about the limitations you face. These valuable conversations don’t just happen at your desk either, most coworking spaces hold networking events and workshops but even just the chat while you make a coffee can create a new partnership.

• Interaction: A major issue facing remote workers, especially those who work from a home office, is isolation. By renting a desk in a coworking space, even just for one day a week, it allows you to get out of the house, meet like-minded workers and socialise while you work. Not only will this mean you’re happier but you’re getting work done so no need for the guilt of ‘wasting a day’.

• Flexibility: freelancers, by nature, value flexibility and autonomy so the option to sometimes work in a coworking space and sometimes from your home is an attractive prospect. Some coworking spaces charge by the day and some are run on a monthly membership so it’s worth shopping around to see which works best for your situation. Don’t forget to compare the perks included in the price such as free coffee, fast WIFI and even beer!

• Cost: Compared to renting an office, hot-desking at a coworking space can be significantly cheaper especially if it’s only for occasional use such as meetings. Not only that, but it is considered as a tax-deductible expense so as long as it is solely for the purpose of your business, the full costs can be entered on your tax return!

“We set up Society1 2 years ago, as we felt there was a real need for a collaborative workspace within our area. Freelancing and self-employment is on the increase, so there is a want and need for both desk space and the community and network that goes with it. We have a full variety of people that use Society1 from freelancers, small businesses to large offices they all use our facilities in a mix of ways from desk space to away days, meetings and events. Society1 has a great vibe and can be used in so many ways it is wonderful. We offer a range of flexible work packages and have over 100 businesses now regularly using our facilities. The biggest part of coworking that we love though is the community. We have a great group of people who work at Society1, some now work together on collaborations within their businesses too. Everyone enjoys having a group of people to work around and a community to be part of. For us, this is the heart and soul of coworking and what makes Society1 tick.” 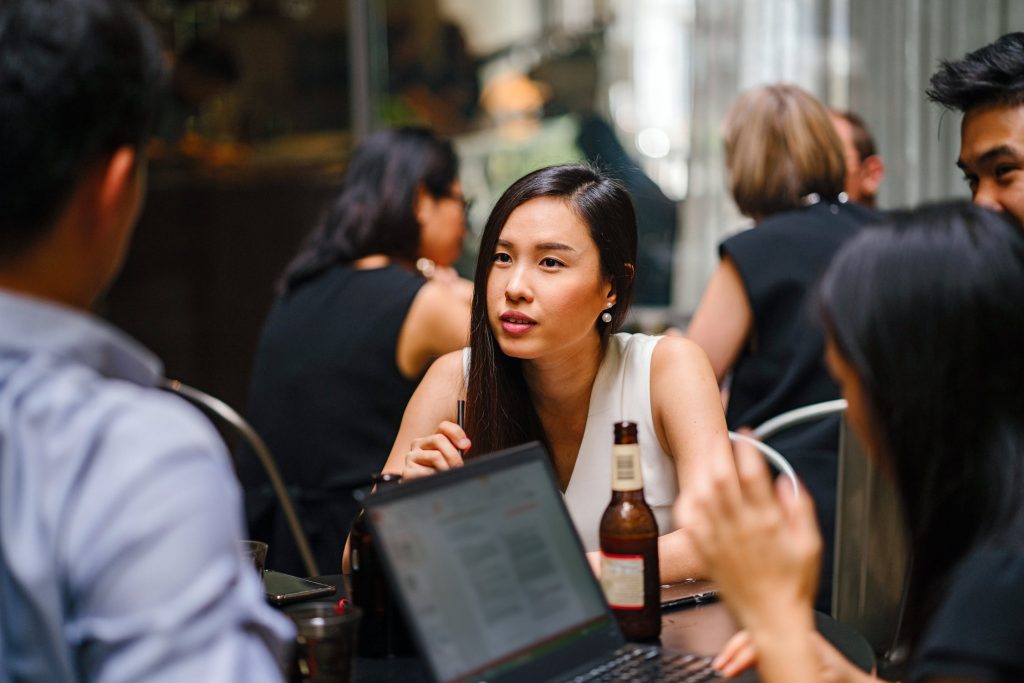 It used to be that you could only find coworking spaces in major cities (London, Birmingham, Manchester, Edinburgh) but as demand has skyrocketed they’ve been appearing in cities and towns all over the UK. Finding the right space for you depends very much on your needs; how often you’ll be there, the facilities you need and of course, the price. There are large companies that operate numerous sites and small, independents who operate one or two. Some sites are ‘hybrid’ allowing large firms to work in the same offices as freelancers and some are exclusively for independent workers. Some sites are female-only and others are open to anyone, it all comes down to personal preference.

There are many sites out there designed to help you find the right space for you so it’s worth comparing a few:

Coworker: Search their directory of over 500 coworking spaces all across the UK

Creative Boom – The UK’s Top 50 Co-working Spaces for Creative Freelancers and Entrepreneurs: A directory of the top 50 coworking spaces from across the UK broken down by region

WeWork: WeWork is now the biggest provider of office space in London (and New York!) but they also have coworking spaces in Manchester and Edinburgh with monthly costs starting at £200.

Brewdog: Brewdog have launched their ‘Desk Dog’ coworking spaces from only £7 a day including free coffee and a pint of their flagship Punk IPA.

It’s also worth asking fellow freelancers which coworking spaces they’ve used as there might be an unknown gem closer than you think! 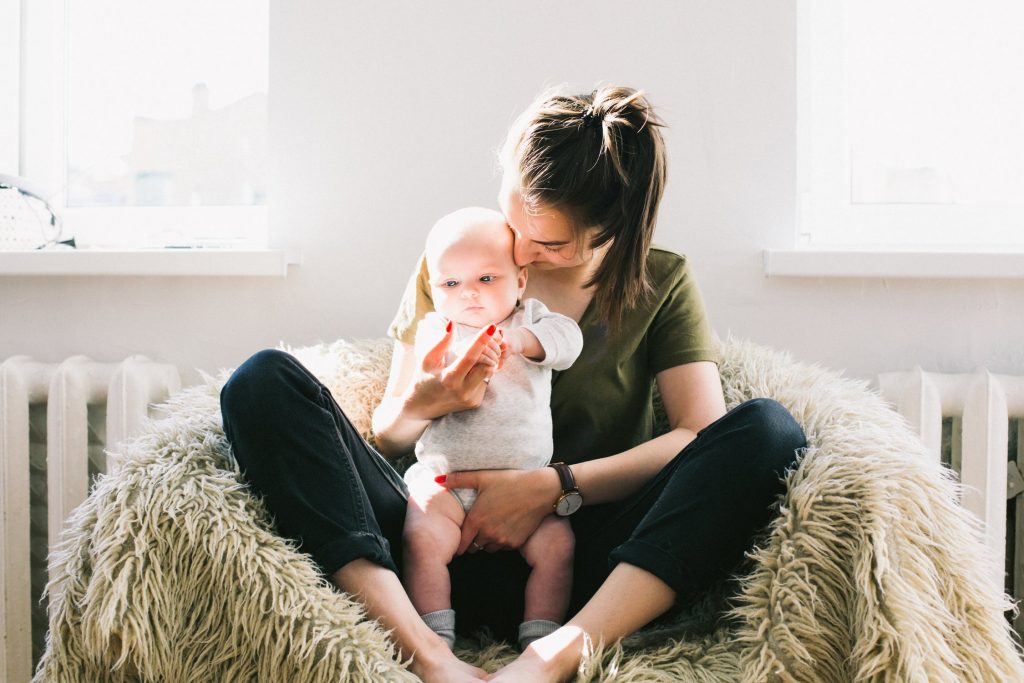 Taking care of young children whilst getting work done can be a nightmare and finding a flexible childminder or pay-as-you-go nursery isn’t much easier. Some coworking spaces are adapting to the challenges entrepreneurial parents face by providing child-friendly spaces, including childcare, in the price of the desk. This is ideal for working parents as you can combine the journey to your coworking space with taking them to nursery, you’re nearby if they need you and there’s nothing stopping you taking them out for lunch, spending quality time with your child during your workday can only be a good thing.

At the moment London is the main hub for child-friendly spaces, with one or two appearing in places like Birmingham and Brighton but it won’t be long until other players in the coworking market seize the opportunity. Especially as the fastest growing freelance demographic is new mums, growing 79% whilst male freelancers rose by a relatively meagre 36% in the same period (bbp). These spaces aren’t just a standard playroom either; Huckletree West offers a family room allowing kids to play around their working parents, Cuckooznest has an Ofsted-registered creche for under-twos and Third Door offers a more traditional nursery setup, allowing you to leave the site throughout the day for client meetings should you need to.

As you can see there is a coworking space for everyone and the selection, and niches served, is only going to rise. Up to 50% of the UK workforce is expected to have remote working capabilities by 2020 so providing collaborative, inspiring and accommodating spaces for them to work is essential!