Christmas is always a lucrative time of year for IT contractors, since the temporary vacancies that open up throughout the holiday period allow people to pick up a lot more work – however even by these standards, the end of 2015 is shaping up to give IT contractors an especially big boost. 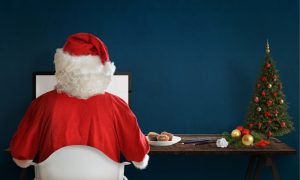 Contractor UK have reported that rates have increased by an impressive 3.3%, and this figure is certainly higher than anything which might have been predicted by looking at inflation rates. At this festive time of year, when a-lot of people are keen to stretch their budgets as far as possible to embrace the spirit of gift-giving, we’re sure that these booming pay rates have put smiles on more than a couple of faces.

And while it may be IT contractors in particular who are benefitting from this 3.3% increase, they’re certainly not the only freelancing professional with reasons to be merry this winter. The number of UK workers turning to self-employment in general has been soaring, with over 30,000 new individuals joining the ranks over the past three months alone.

It might seem that this increase in competition could have a negative effect on those trying to thrive within the market, however this doesn’t seem to be the case – research is showing that these freelancers skills are very much in demand, and therefore surviving the influx. Information published by the Telegraph shows that there are certain ‘hotspots’ across the UK, in which the market for freelancers – and particularly, it seems, freelancers with creative skills such as copy writing and design – is becoming ever more vibrant and lucrative. 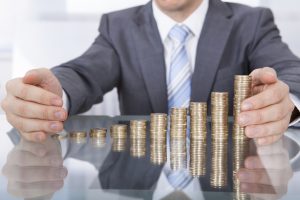 There aren’t any prizes for guessing that London is the biggest of these, but Manchester and Birmingham are not so far behind, with Leeds, Nottingham, Bristol and Edinburgh all showing up as similarly impressive hubs of freelancing activity.

The self-employed workers in these locations are also able to charge impressively high rates and, despite the increases that IT professionals have been enjoying over the past few months, its voiceover artists and freelance writers who have been able to charge the most, with rates of up to £68 and £44.72 respectively.

Of course, even those of you lucky enough to be offering one of the most in-demand contractor services in these hotspots of activity might need a bit of a hand; whether you’re an IT professional, a creative worker or any other freelancing professional, you can focus better on delivering a great service if you get help with other aspects of the business – such as accountancy. We’ll take the strain off by helping with tax advice, IR35 advice, and administrative services; just get in touch today, online or at 0800 195 3750. You can also connect with us on Facebook and Twitter for more great updates.