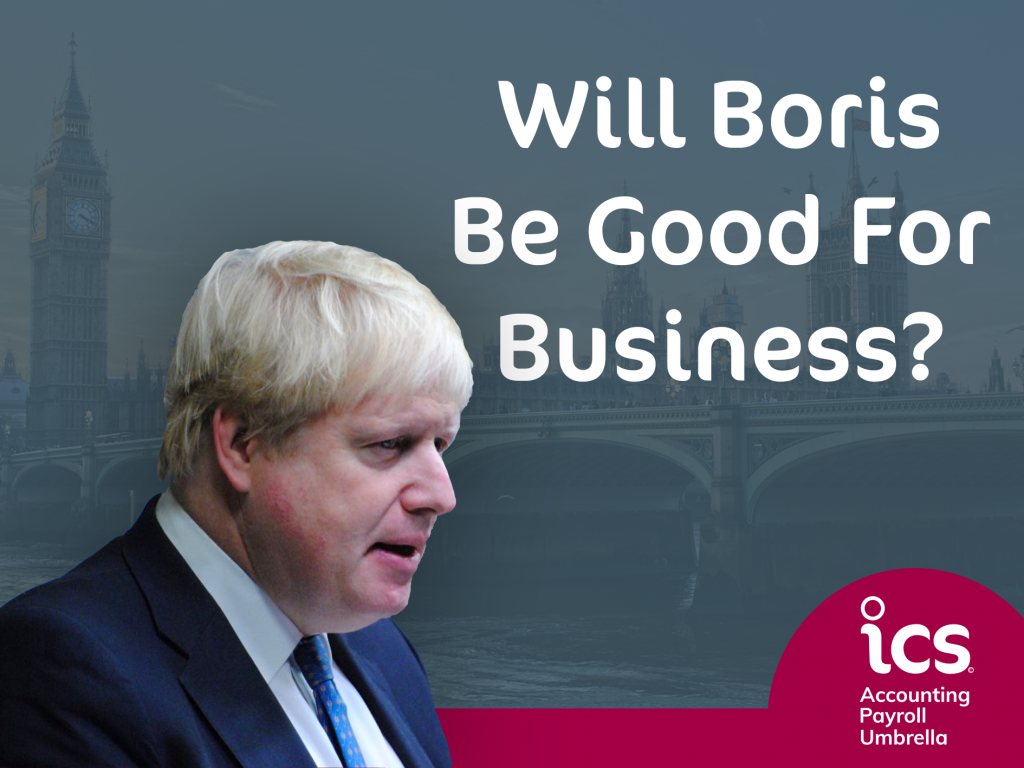 Boris Johnson’s appointment as Prime Minister has landed him primarily with the task of achieving a departure from the European Union which both sides find palatable. However, he also faces the challenge of gaining support from individual sectors in commerce and business, not least of all contractors and the self-employed.

Mr. Johnson has already come under pressure from a range of organisations to ease the economic burdens such as the looming IR35 legislative changes and the controversial loan charge. After having been subjected to appeals from IPSE, Contractor UK, FCSA, PRISM, and FreelanceUK amongst others, his support in June 2019 for ‘a proper independent review’ of the retrospective loan charge rang encouragingly in the ears of those affected, of whom he said sympathetically:

‘It seems superficially unjust, to me, that they should then be retrospectively pursued for what they were told was an entirely legal option’

Suggestions from other organisations have produced a visible demand for a more business-friendly economy, to which it seems the Conservative party may well respond favourably. Andy Street, the former MD for John Lewis, recently proposed to the Treasury Select Committee a reduction in business rates generally, whilst IPSE suggested a reduction in corporation tax, a prospect in which Mr. Johnson has previously expressed great faith stating, ‘Every time corporation tax has been cut in this country it has produced more revenue’ (currently due to be reduced to 17% in April 2020 [1]).

More generally, the Chancellor of the Exchequer, Sajid Javid, has responded to calls to help protect SME’s by stating ‘bureaucracy and paperwork are stifling the growth of our small businesses’, whilst Michael Gove’s preparations for a No-Deal Brexit has instructed HMRC to assist small businesses in what could be a turbulent period. It appears that sufficient pressure has been mounting on the Prime Minister and his cabinet to create an environment in which business can thrive.

This will no doubt be aided by an increase to the rate at which people pay NICs (as of yet unspecified) and his suggestion of the 40p tax rate threshold rising from £50,000 to £80,000, looking to take approximately 2.5 million out of paying high rate tax, many of which will be self-employed. Under Mr. Johnson’s plans, according to Blick Rothenberg, those earning £60,000.00 per annum could take home an additional £2,000, increasing to £6,000 for those earning between £80,000 – £120,000. The increased rate at which NICs are made will also enable limited companies to declare larger sums as director salaries without cost to themselves, in turn reducing their corporation tax further.

Currently, there are no plans* to make changes to the VAT reverse charge coming in October 2019, which will mean VAT will be paid directly by the customer receiving relevant services to HMRC instead of the supplier, this will mainly apply to anyone supplying or receiving specified services reported under the Construction Industry Scheme.

If you’re a contractor you’ll also need to review all your contracts with sub-contractors, to decide if the reverse charge will apply to the services you receive under your contracts. You’ll need to notify your suppliers if it will [2]

Whilst the reverse VAT charge remains unaffected, and there is currently nothing concrete to suggest that the loan charge or IR35 legislation changes in the private sector will be reversed or softened, it does appear that Mr. Johnson’s specified policies will lead to increased wages for SMEs and self-employed (contractors included), coupled with lower tax rates generally.

*EDIT: HMRC decided to postpone the Reverse Charge measure until October 2020, giving contractors an extra 12 months to prepare for the changes and avoiding a clash with the UK’s proposed exit of the EU.