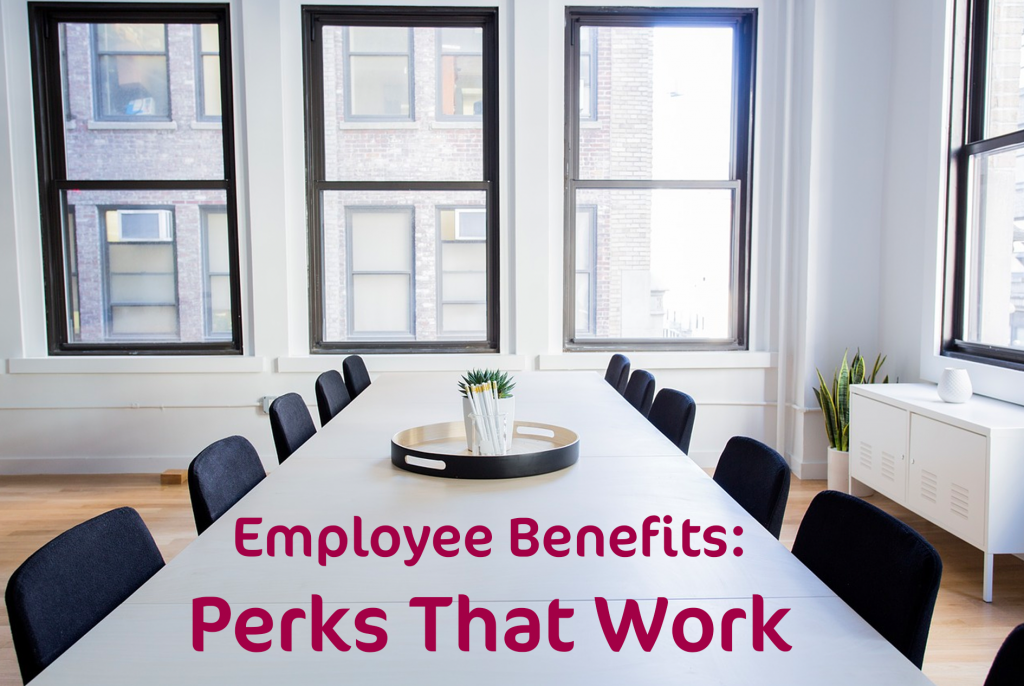 We are living in the future. From commercial space flights to meat grown in labs, our world’s changing at such a rate that we’re often left feeling slightly disorientated. Just when you thought you understood Vine along came Snapchat, then TikTok, then (insert next big thing).

One constant though, is that we’ve always had to work in order to survive. Admittedly we might not be starting working 80 hour weeks at the age of 6 (thank you child labour laws) but nonetheless many of us drag ourselves to our workplaces through rush hour traffic, stay focused with a heady mix of caffeine and bright lights, make another tiresome journey home, sleep and repeat.

Luckily, as working practices have improved over the years so have management styles. As bosses realise the value of their workers and the need to retain talent within their organisations they started offering perks to make the workday that little bit more enjoyable.

The History of Perks 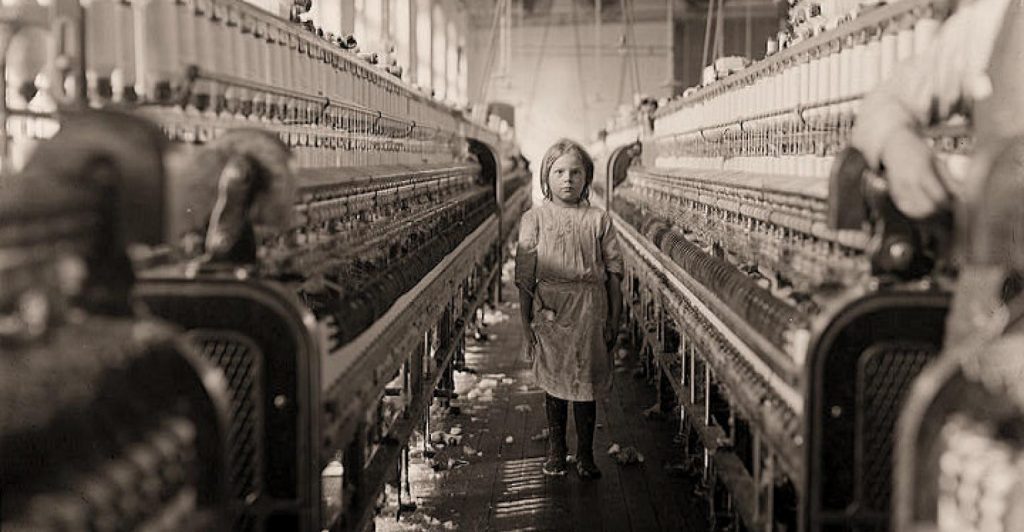 Modern workplaces are a far cry from the child-filled factories of the industrial revolution and management styles have, in most instances, progressed beyond the autocratic I-say-you-do attitude of the stereotypical boss. Trade unions were undoubtedly the driving force for the improvements made to the lives of the ordinary workers and they may even be the reason for employee perks becoming so commonplace. Thanks to the pressure unions placed on business owners to pay their workers a fair wage many owners decided to offer extra employee benefits. Exactly why is debatable; if you were an optimist you could say it was their way of showing their workers they were valued, whereas a pessimist, and many historians, would argue that it was to avoid having to increase wage rates by providing an unequivocal benefit instead.

The Cadbury Brothers are often held up on a pedestal for creating a company culture that stretched far beyond the 9-5. Their Bournville factory, built outside of Birmingham in the mid 19th century, was referred to as the ‘factory in the garden’ due to the open green spaces that surrounded it, a welcome change from the bustling inner city slums of the time. George Cadbury famously said, ‘If the country is a good place to live in, why not to work in?’. As the workforce grew the brothers built more houses, created swimming pools and sports pitches and even negotiated reduced rail rates for workers that were commuting from the centre of Birmingham. This is a perfect example of how work perks can be used to improve staff retention, boost workforce morale and create a company culture that workers actively seek to be a part of!

The Aon Benefits and Trends Survey 2019 reveals that 90% of firms implement benefits packages to improve employee engagement, with the retention of existing staff and recruitment of new staff following in a closely-contested second and third. This is no mean feat when the benefits employees want/need/expect are constantly changing. Over time, as perks have evolved from the basics needed to live (accommodation, education and healthcare) to the modern offices with swing chairs, slides and artisan coffee, questions have been raised as to whether we’ve gone too far. We’ve highlighted some of the most noteworthy examples from the biggest companies out there, how do they stack up compared to yours?

Music streaming kingpin Spotify are a young, vibrant company so, as expected, put on exclusive music events for its employees and produce tongue-in-cheek marketing campaigns around topical issues. However, what you might not expect from a company like Spotify is that as part of their employee benefits package they will cover the cost of egg freezing and fertility assistance!

Goldman Sachs, the giant investment bank, is at the forefront of employee perks by offering daily Pilates classes and bubble tea to its staff. However, their annual scavenger hunt is noteworthy, raising over $1 million in a single outing. Midnight Madness, as it is affectionately known, is an elaborate, geeky outing on the streets of New York filled with cryptic clues and governed by the Game Control team. From laser golf to circuit boards puzzles it’s an impressive way of engaging staff, raising money and fostering the competitive spirit that naturally builds between departments.

It seems like every week we hear of another unpaid internship with the only reward being ‘experience’ in the job of their dreams. Well that’s not the case at Facebook. The social media behemoth not only pays its interns a reported $7,000 a month but also covers their rent, weekday meals and healthcare costs while they are with the firm! Facebook’s perks are so widespread that one employee wrote on Glassdoor that “the worst thing is that there are so many perks and benefits you may not know about all of them.”

Deloitte, one of the Big Four accountancy firms, offers a whole host of employee benefits but one stand out perk is their sabbatical program. Employees are able to take a month unpaid to spend on anything and a further 3 to 6 months partially paid to undertake personal development and professional training. Allowing staff to explore their own interests and development helps to address the lack of purpose that causes many workers to look at moving jobs.

When The Perks Don’t Work 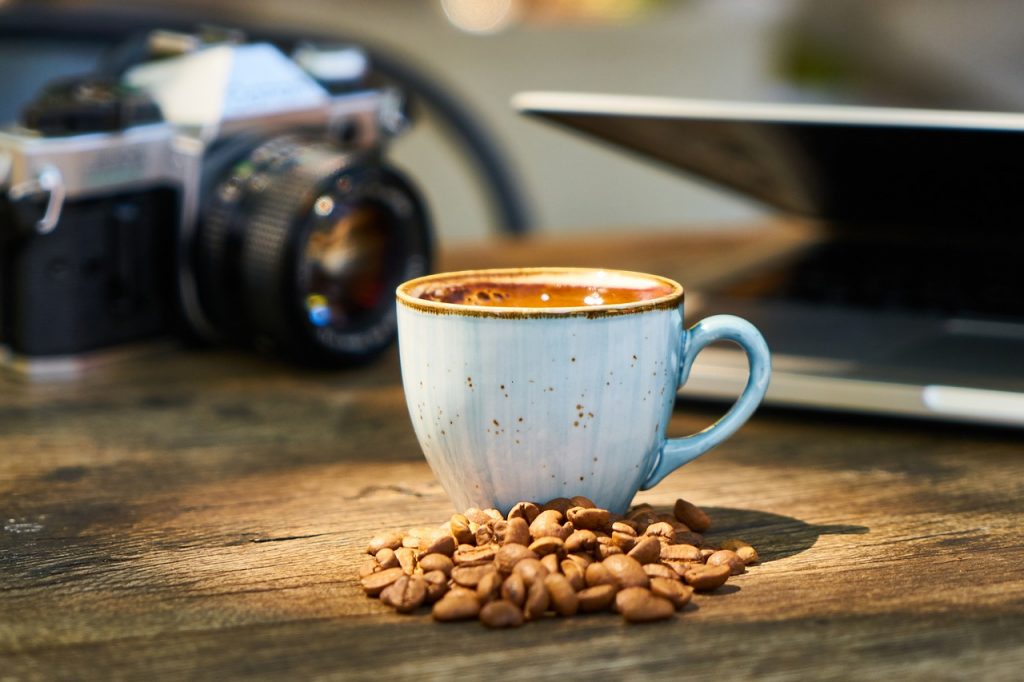 Of course, perks are useful in building team morale, creating a sense of belonging and sculpting a company’s culture but that’s not to say all perks are created equal. According to Small Business Prices research, only 13.86% of employees are ‘very happy’ with the work perks they receive so it’s important for businesses to regularly assess the cost of their employee benefits and ask, are they adding value to the workplace?

Uber recently decided that it needed to cut costs and the obvious choice was on the helium balloons it gave to employees on the anniversary of them join the company, painfully referred to as their “Uberversary”. By switching from balloons to stickers the company would reduce its plastic waste and save more than $200,000 at its San Francisco offices alone! This is a drop in the ocean for such a large international company but it could signal that the tide is starting to turn on material perks with little added value.

Rather than offering free food or discounted gym membership, many companies are realising that workers value their time more than anything. Whether that’s time with family, time enjoying their hobbies or time working on a cause unrelated to their job role; flexibility leads to more motivated employees who stay with the company longer. Flexible working has become so widespread in certain industries that it is expected rather than desired and failure to offer it will put top talent off even applying. Giving employees the autonomy to work when and where suits them, provided that clients are well looked after, often means workers will go above and beyond the call of duty. It also allows for work-life integration, an evolution of work-life balance, in which all aspects of your life work in harmony leaving workers with a sense of fulfilment as they are in control of their various responsibilities with the flexibility to adapt when circumstances change. It is important to note though that implementing flexible and remote working options isn’t a cure-all for a dissatisfied workforce, it has to align with your company values and management style for it to be effective!

How do you feel about employee benefits? Would they have made a difference when you were thinking about moving into a contract or freelance role?

To read our articles on the benefits of flexible and remote working options please follow the links below:

Coworking Outside Of The City – picturesque flexible workspaces across the UK

Millenials Are The Least Engaged Generation In The Workforce  – Debut

Established in 2002, ICS provide a range of accountancy and administration services to contractors, freelancers and small business owners across the UK. Our ethos of trust, care and compliance enables you to focus on your job without the task of endless paperwork, ensuring you are operating compliantly.